For many, the museum presents a foreboding experience, a sacred temple that is uninviting to those unwilling to embrace the solemnity that viewing “great art” requires. Perhaps it’s not the classical columns or imposing marble staircases that create an aura of pompous seriousness. Walking down those grand halls among hundreds of years of masterpieces, there’s rarely a face smiling out at you.
For most of recorded human history, the open smile has been “deeply unfashionable,” observes writer Nicholas Jeeves in his essay “The Serious and the Smirk: The Smile in Portraiture.” Today, we perceive smiling as an indication of friendliness, happiness, or affection. It’s a prerequisite for photographs. We might at first think that Westerners of centuries past refrained from smiling for portraits to avoid showing off their bad teeth. In fact, poor dental hygiene was so common that it wasn’t considered a detractor of attractiveness. 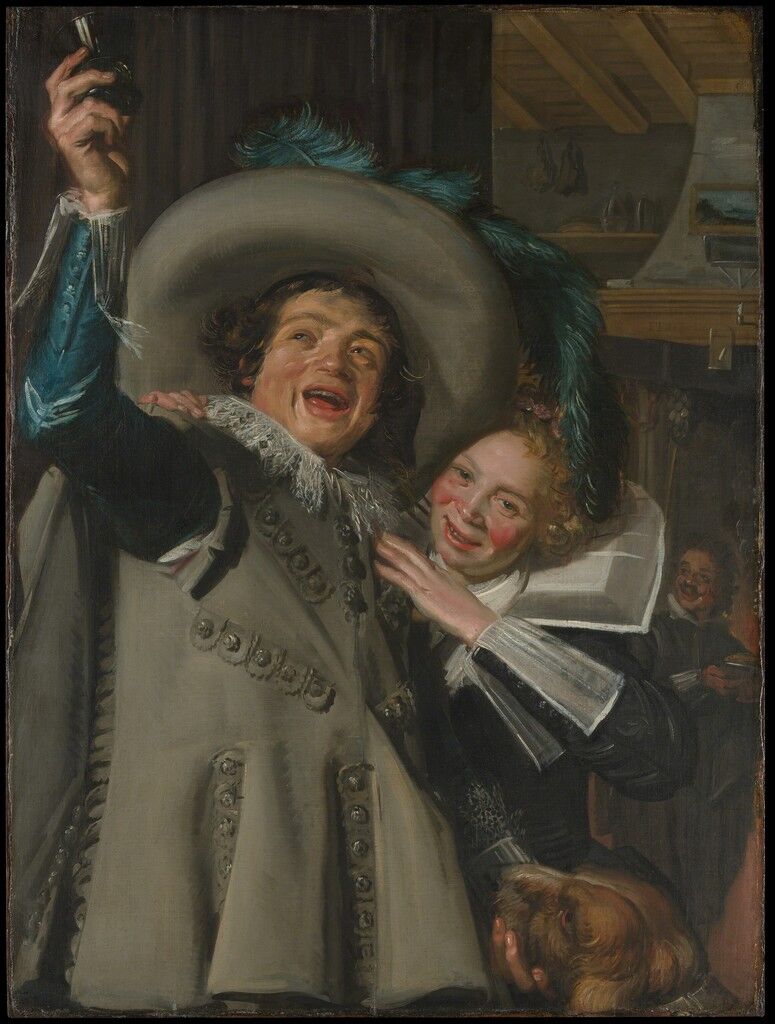 The answer is far more simple: These days, smiling for a selfie takes mere seconds. Sitting for a painted portrait, on the other hand, took hours. Posing was strenuous business. We all know what it’s like to hold a smile for too long—the end of the camera roll shows us with our teeth bared in uncomfortable grimaces. “A smile is like a blush,” Jeeves writes—“it is a response, not an expression per se, and so it can neither be easily maintained nor easily recorded.”
If a painter did manage to convince his subject to be portrayed mid-smile, the resulting portrait would be immediately perceived as radical—the smile would become the focus of the picture, rarely what a paying subject might wish for. The Italian Renaissance artist Antonello da Messina was one of the few to consistently return to the smile in his work. Messina was trained in the cutting-edge oil painting techniques developed in the Netherlands, which prioritized a direct observation of nature. He introduced the smile into his portrait paintings to indicate the inner lives of his realistically rendered sitters. His Portrait of a Young Man from about 1470 far predates Leonardo da Vinci’s Mona Lisa (ca. 1503–19), long considered the owner of the most enigmatic smile in art. 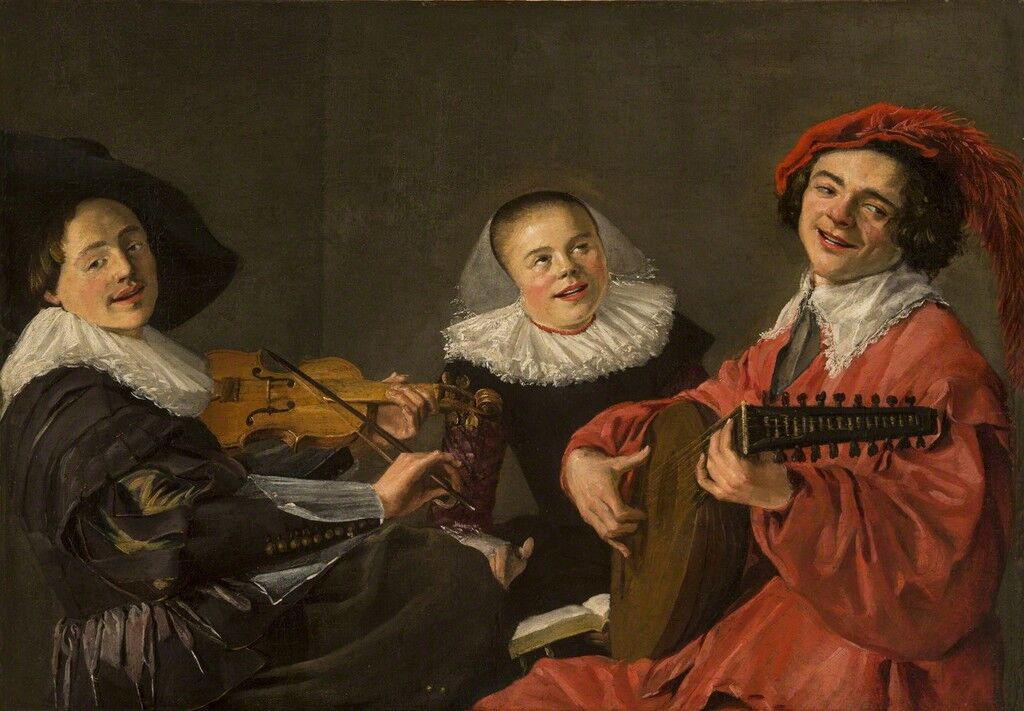 Judith Leyster
The Concert, ca. 1633
National Museum of Women in the Arts
Who knows how Leonardo persuaded the Mona Lisa to smile; her tight-lipped expression was probably quite difficult to maintain. The sfumato-induced ambiguity of its meaning speaks to the larger debate about the mouth in portraiture: “an ongoing conflict between the serious and the smirk,” Jeeves writes. Does La Joconde offer her viewers a coquettish invitation or leering contempt? I’d argue that Leonardo’s greatest smile actually appears in his St. John the Baptist (ca. 1513–16), which is a rather disconcerting picture. Indeed, St. John’s knowing smirk is a much more common phenomenon in the history of Western art.
By the 17th century in Europe, aristocrats had decided that baring teeth—in public and in art—was a lewd expression reserved for the lower classes, drunks, and theatrical performers. The Dutch, though, were particularly engaged with depicting everyday life, smiles and all. Due to the many painters who freely captured smiling, revelrous members of the lower classes—Jan Steen, Franz Hals, Judith Leyster, and Gerrit van Honthorst among them—“‘Dutchness’ in painting, and in life,” Jeeves writes, “was often a society shorthand for licentiousness.” 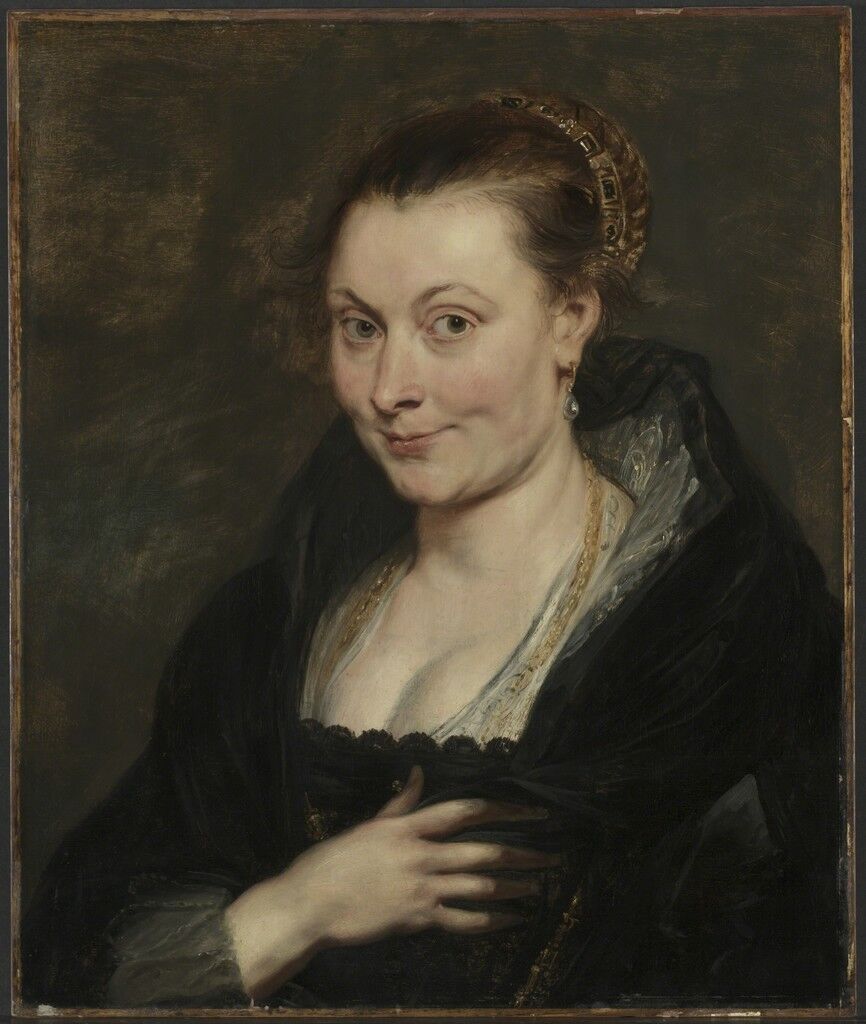 Peter Paul Rubens
Portrait of Isabella Brant, c. 1620-1625
Cleveland Museum of Art
Van Honthorst’s The Merry Fiddler (1623) and Leyster’s The Concert (ca. 1623) both feature teeth-baring smiles, and continue the Renaissance association of music in painting as a symbol of love. In these pictures, however, the deviant drunken and sexual overtones are explicit: The fiddler in Van Honthorst’s picture doffs a cup of wine to the viewer; his ruddy cheeks clearly show his drunken folly. The three mirthful young players in The Concert, meanwhile, seem on the verge of a ménage-à-trois.
These artists were undoubtedly influenced by their earlier Italian forebear, Caravaggio. Musical instruments are strewn about the floor in his shocking and influential Triumphant Eros (1602), an allegory of love and adolescent beauty. Young Eros, nude, with arrows in hand, smiles salaciously at the viewer. So unusual was his wicked expression that when it debuted, onlookers read the piece “as a celebration of tumescent homosexual passion,” Jeeves writes. 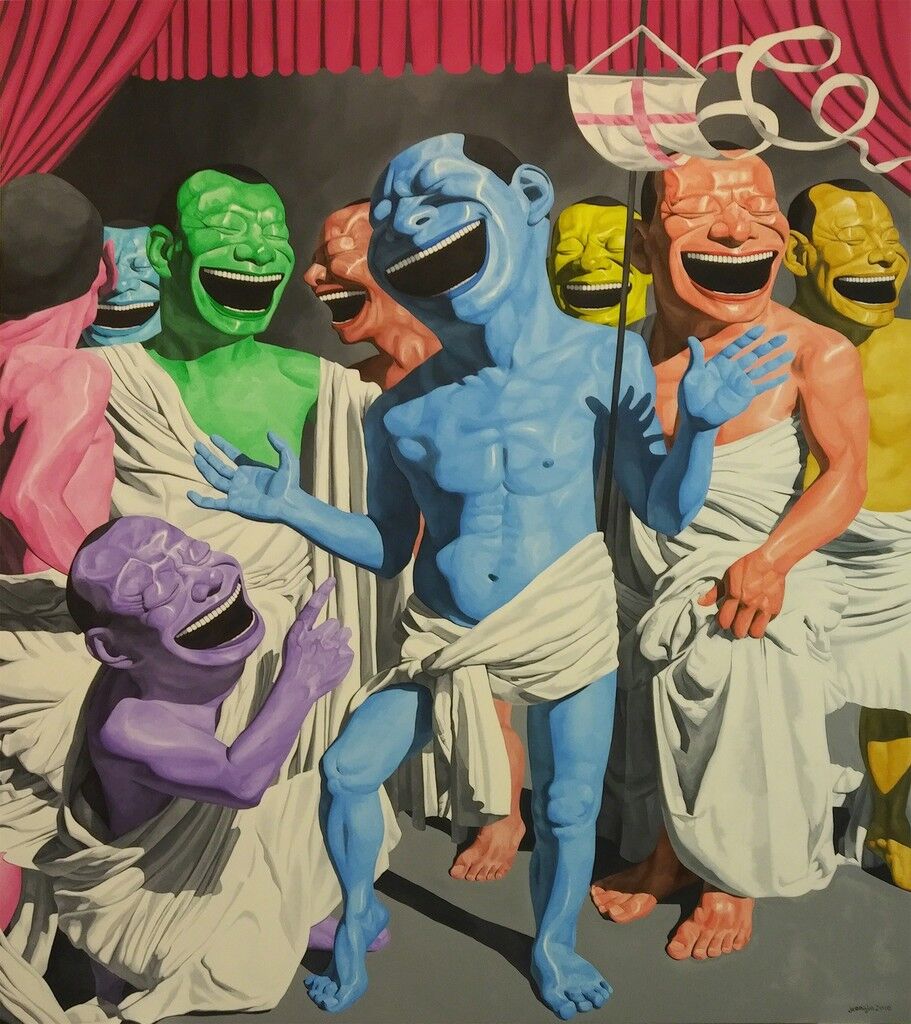 Yue Minjun
The Resurrection, 2010
Opera Gallery
The lasting allure of reserved, closed-lip smiles like the Mona Lisa’s, on the other hand, feature in elegant portraits of elite women to suggest a coy, seductive aura of sexual availability. Peter Paul Rubens’s painting of his wife, Portrait of Isabella Brant (ca. 1620–25); Francisco de Goya’s Doña Isabel de Porcel (before 1805); and Jean-Auguste-Dominique Ingres’s Madame Jacques-Louis Leblanc (1823) all epitomize this trope.
Almost immediately after the invention of photography in the mid–19th century, the fleeting smile became a standard part of the portrait. Modern and contemporary painters working with portraiture have presented unsettling smiles to suggest sinister sociopolitical meanings. Kerry James Marshall’s A Portrait of the Artist as a Shadow of His Former Self (1980) features a two-dimensional, nearly all-black rendering of the artist with a wide, white-toothed smile stretched creepily from ear to ear. The work references Ralph Ellison’s novel Invisible Man while simultaneously riffing on racist caricatures and images of black-faced minstrels.
Yue Minjun, part of the Cynical Realist movement in China, has made a booming career from his exaggerated self-portraits—each featuring maniacal grins—in which he reenacts poses from iconic works from the Western canon. Hidden behind these frozen smile-masks lie weighty political criticism and social commentary. Is the smile a revealing expression or one of concealment? In many ways, its reception throughout art history has said a lot about our willingness to really see ourselves, and one another.